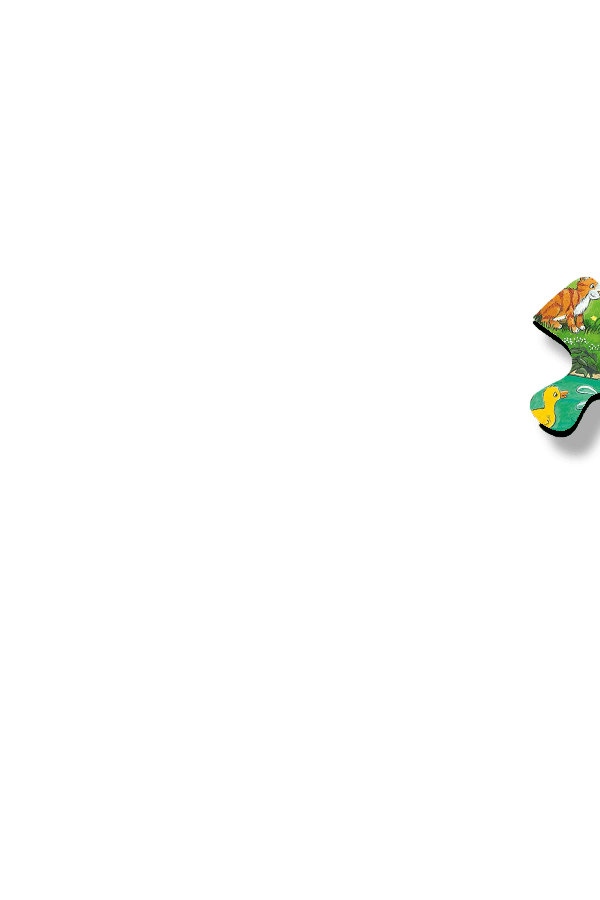 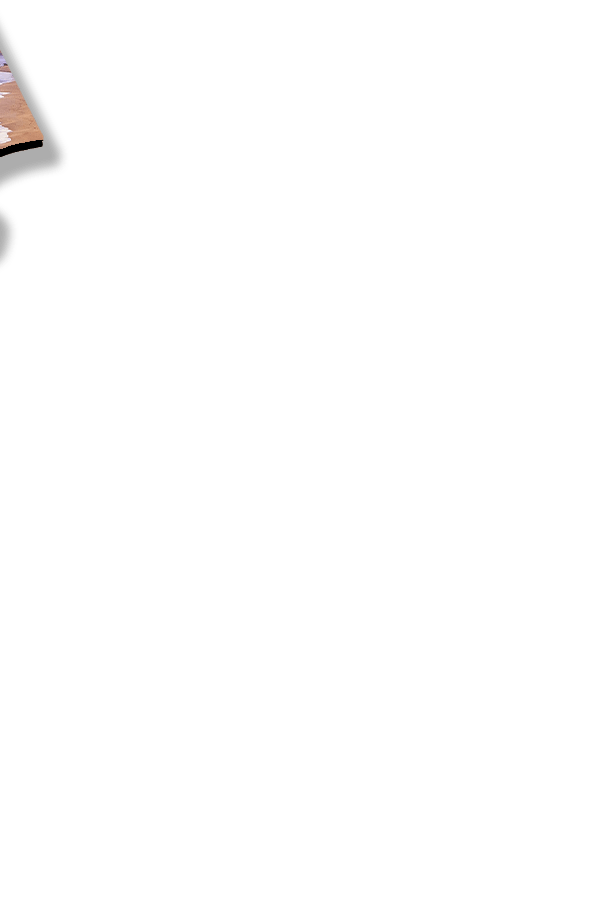 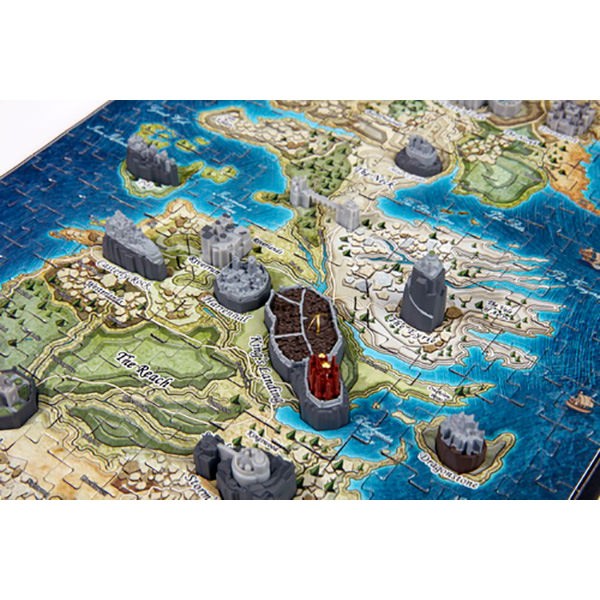 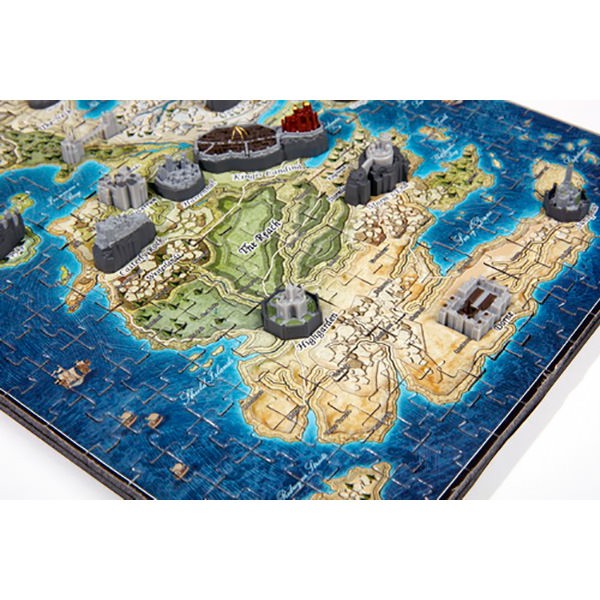 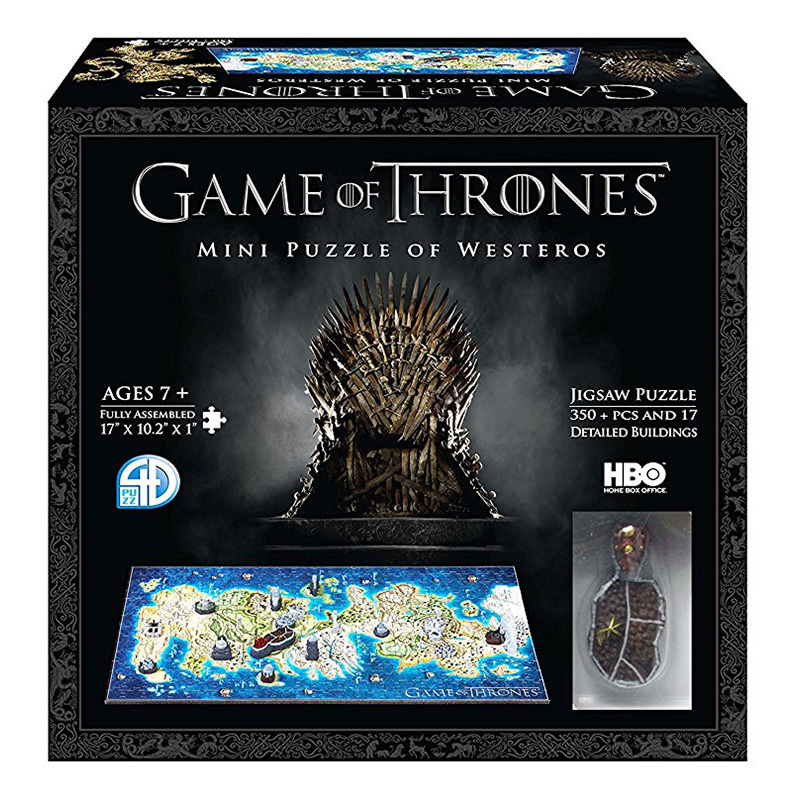 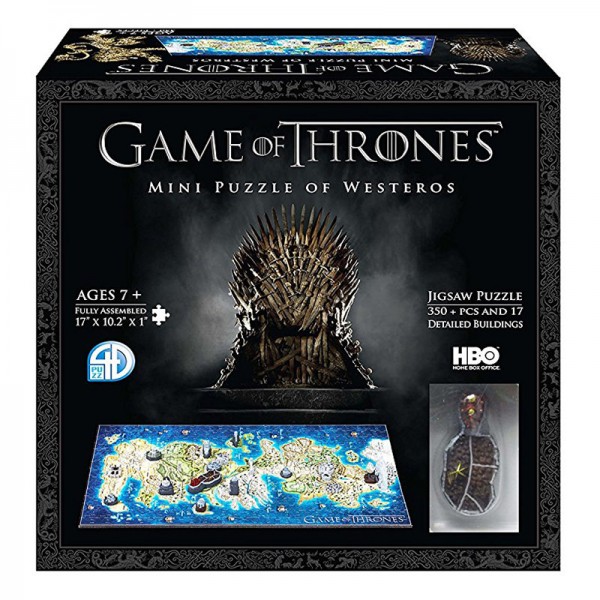 Based on the award winning HBO series Game of Thrones, this 4D Cityscape Game of Thrones Puzzle will guide you through the assembly of the map of Westeros in a patented multi-layer design. Featuring iconic locations and regions such as Kings Landing, Winterfell, Eyrie, the Wall, and more. The first layer is a jigsaw map that will teach you all about these locations and regions of Westeros. The second layer is an artistic topographical jigsaw map that replicates the current landscape based on the famous introduction of the television series. The third layer adds 3D miniature models that you insert into the puzzle, including famous cities and castles. The fourth dimension is time, represented by the time poster that tracks the development through time of Westeros. With 350+ pieces and 17 detailed buildings this puzzle measures 17"x10.2"x1" when fully assembled