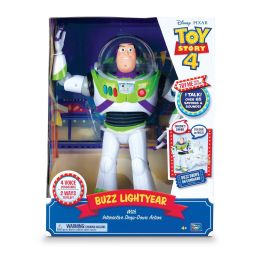 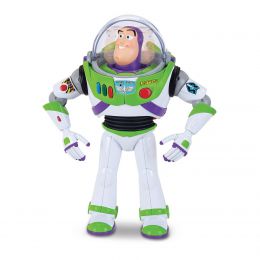 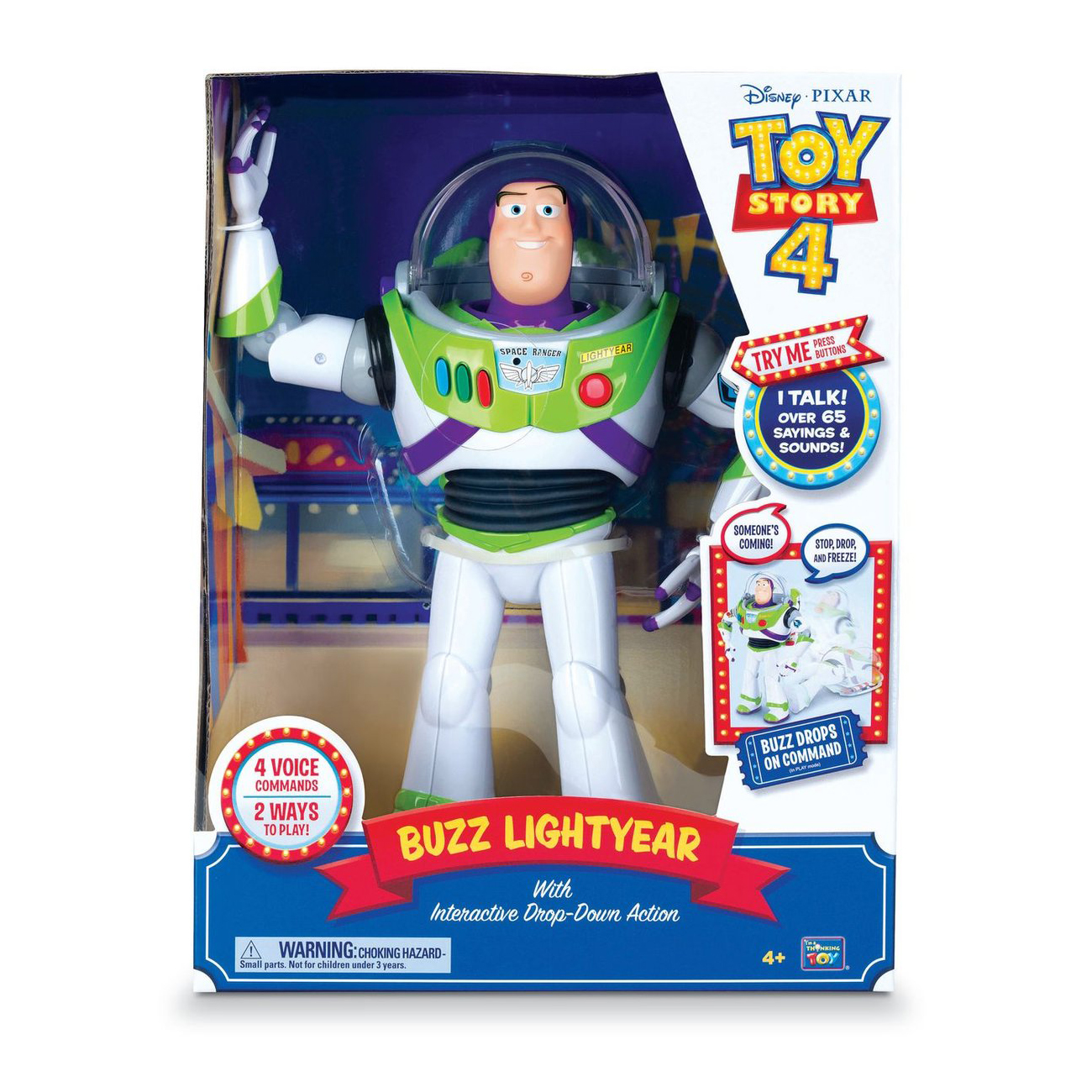 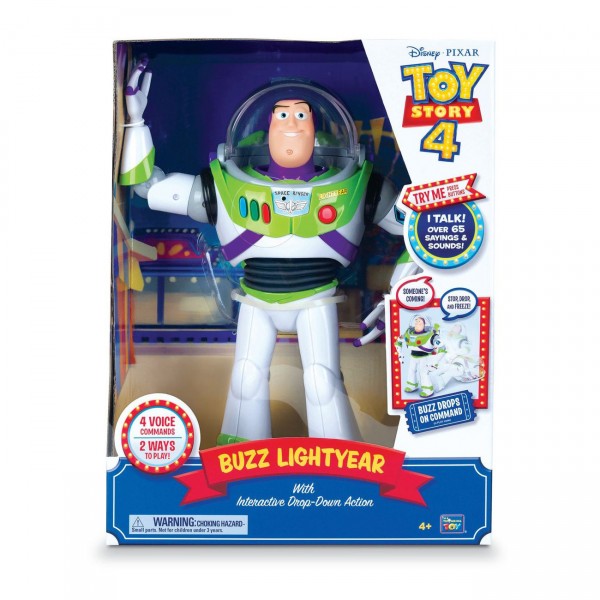 As seen in the movies, Buzz Lightyear drops down and stays motionless whenever people come near, and now he can respond to kid-friendly Voice Commands! Say, "Someone's coming!" or "Quiet, go to sleep" and Buzz will freeze, drop and switch to silent Toy Mode, just like in the films! He will stop moving and only say his classic toy lines when you press his voice sampler button. Say, "Okay. No one's here" and Buzz comes back to life with interactive voice and actions! This Space Ranger also comes with a smart sensor. He knows if he's fallen and asks for your help to get back up when the coast is clear.