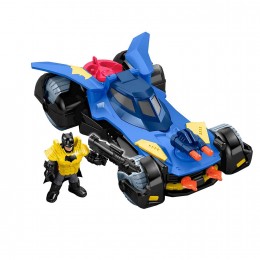 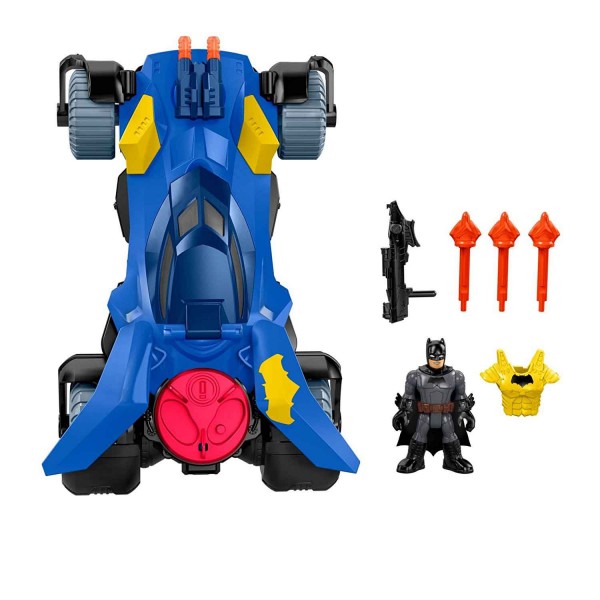 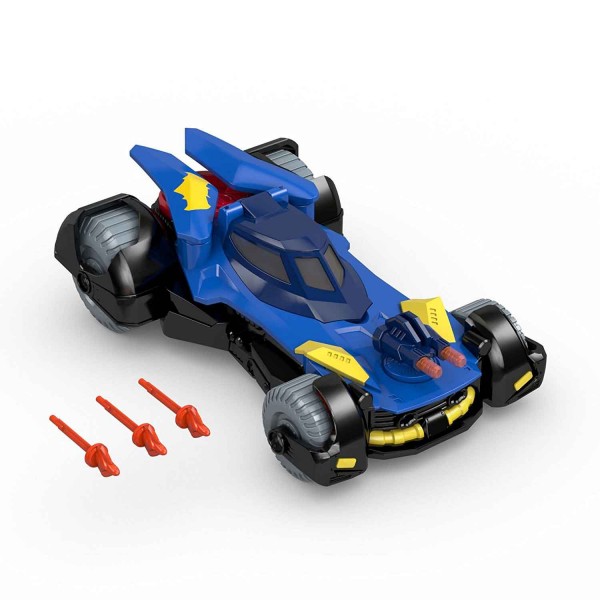 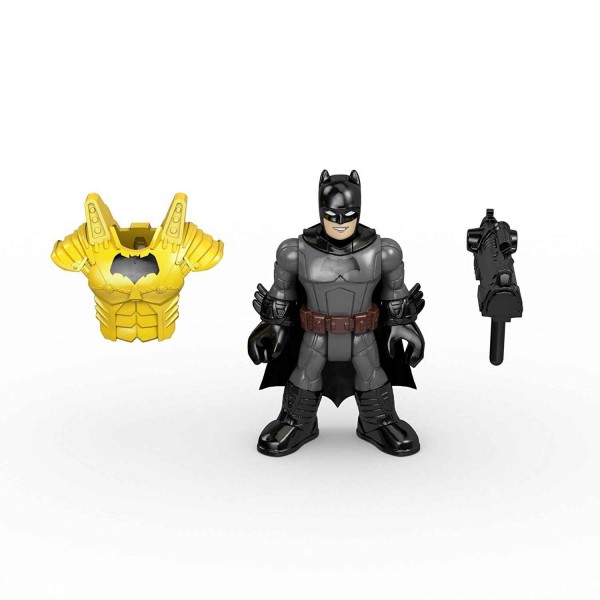 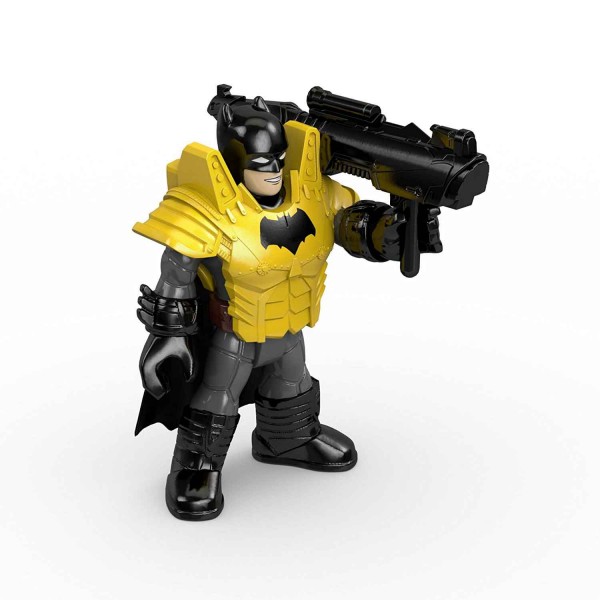 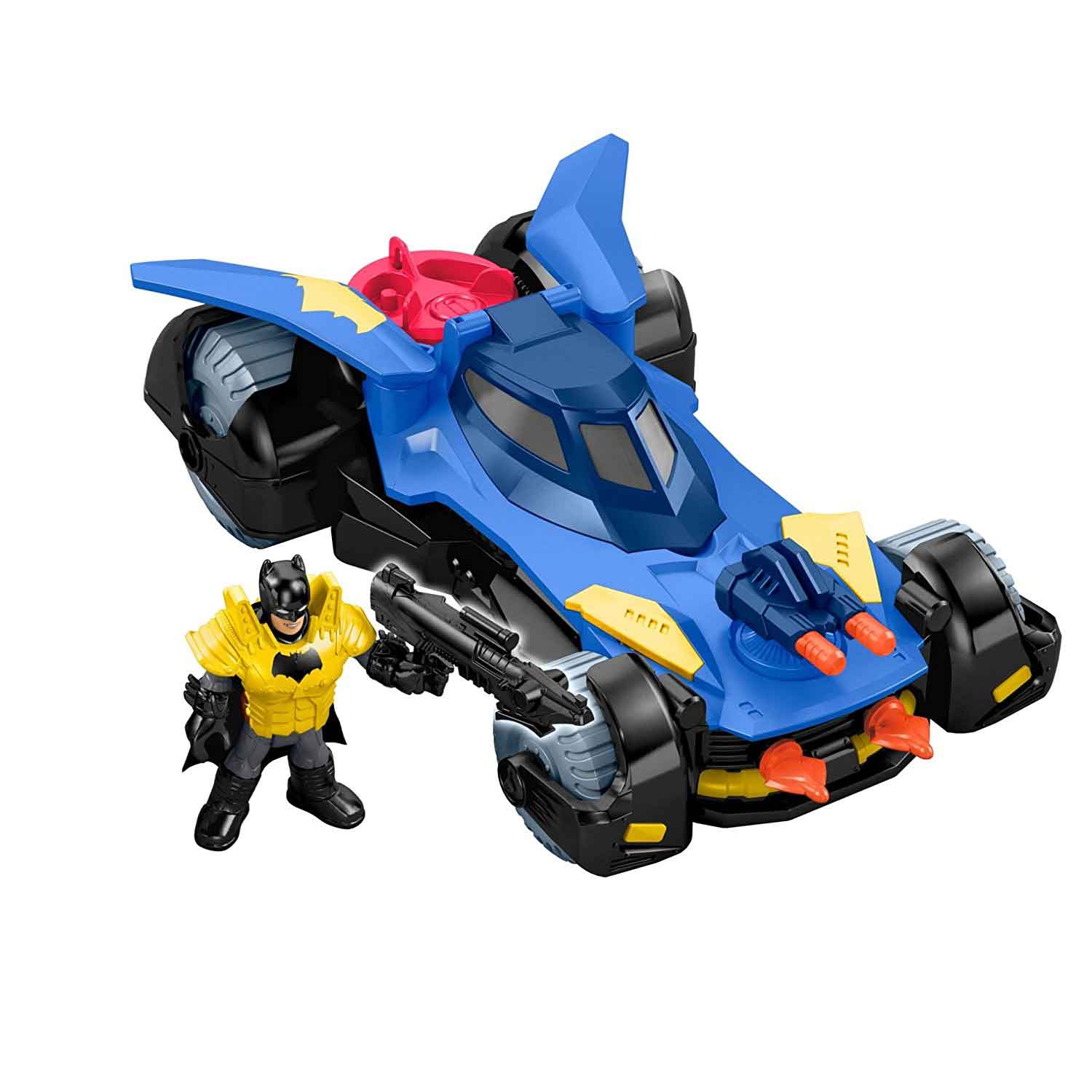 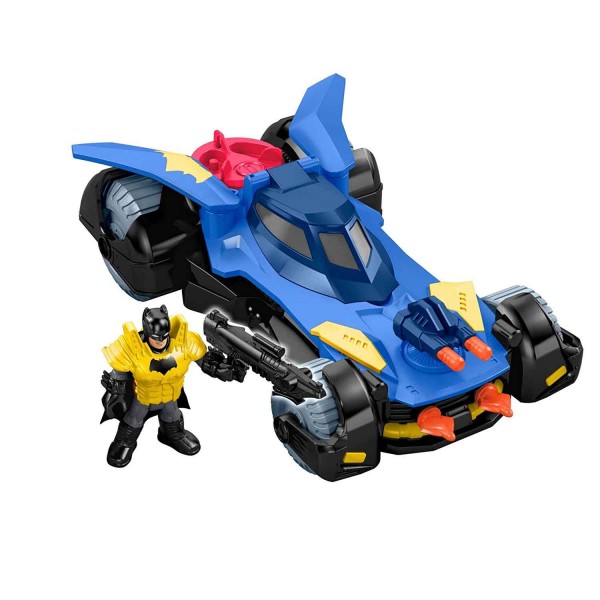 Patrolling the streets of Gotham City has never been such a thrill ride! Open the cockpit and place Batman inside the Batmobile to start cruising for signs of trouble. Spread the wings of the Batmobile to flaunt the Bat Symbol and show the villains who's boss in this town. Uh, oh … The Joker is up to his old tricks and it's no laughing matter! He's firing right at Batman!

Turn Power Pad to the left on Batmobile to pop up the shields and rotate the cannons — and turn it to the right to fire back! "Got The Joker! Now who's going to have the last laugh?" This cool vehicle is sure to rev up kids' imaginations as they zoom from one exciting Gotham City battle to the next, making up new adventures as they go! Imaginext … Turn on Adventure!