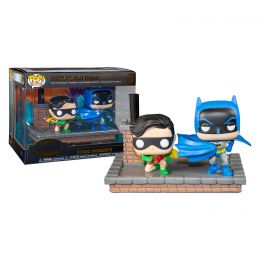 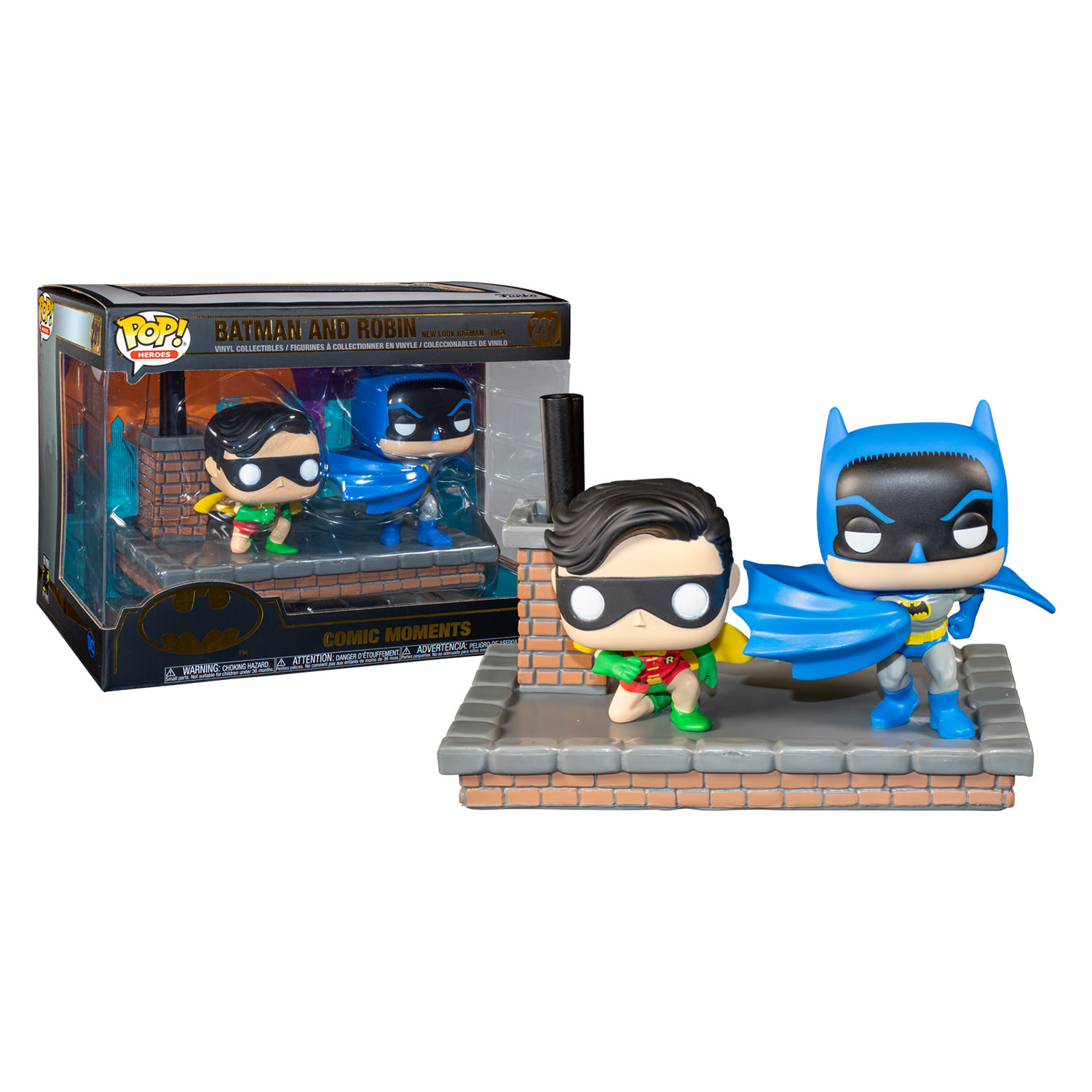 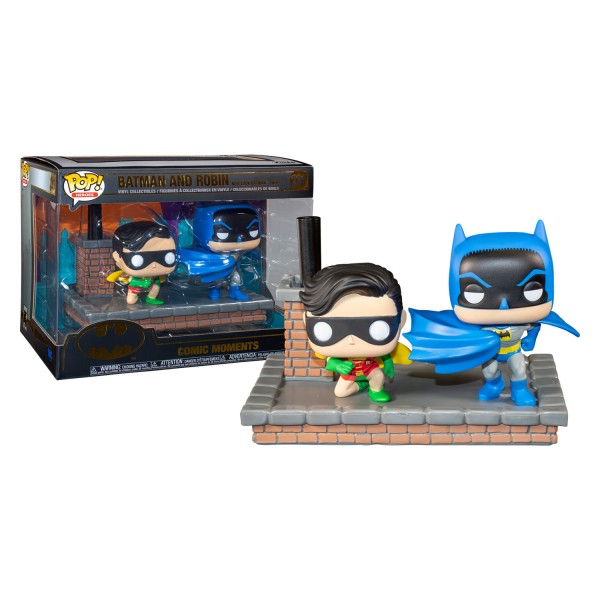 As incredible as it may seem, there was a point in time in the early 1960s when the Caped Crusader was almost cancelled due to poor comic sales. Let that sink in for a moment. We came close to living in a world with NO Batman. Terrifying I know, however thankfully in 1964, Julius Schwartz became editor of Batman and Detective Comics and introduced what was touted as the "New Look".

Featuring Batman and Robin in their classic poses as they stand upon a rooftop, this Comic Moments Pop! Vinyl Figure 2-Pack is the quintessential piece for DC fans. 1964 was an important year for Batman fans, now you can celebrate this historic "New Look" by adding it to your Funko collection today.

This truly is an absolute MUST for any Batman fan!