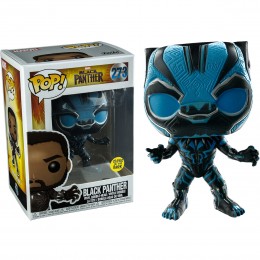 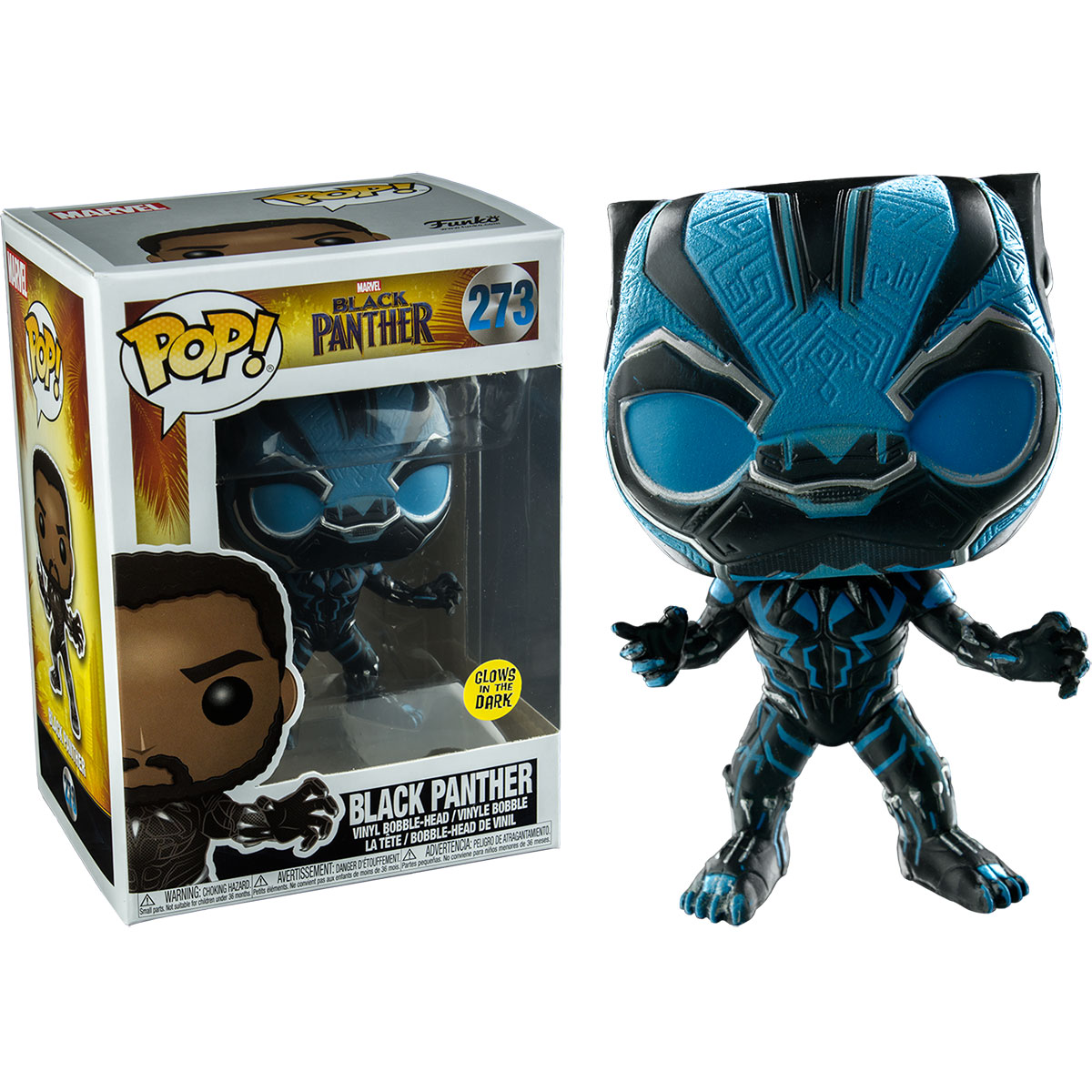 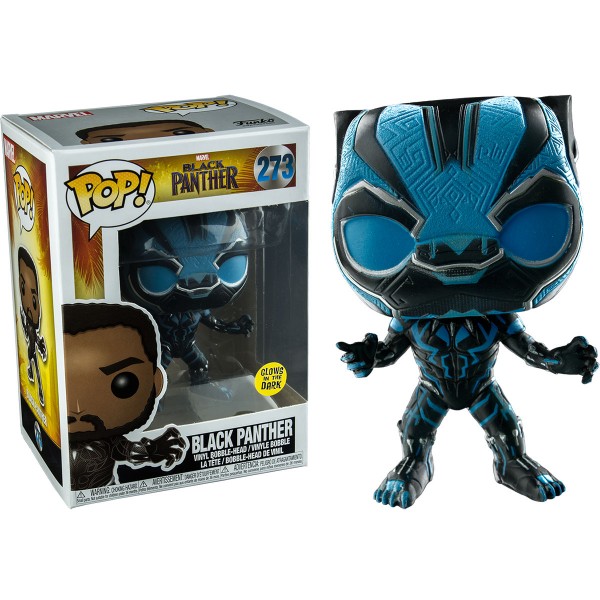 Set for release in February 2018, Marvel's Black Panther film is set after the events of Captain America: Civil War, where King T’Challa returns home to Wakanda. However when two enemies conspire to bring down the kingdom, T’Challa must team up, as the Black Panther, with CIA agent Everett K. Ross and members of the Dora Milaje (Wakanda's special forces) to prevent a world war.

This Pop! features the EXCLUSIVE Blue Black Panther Glow in the Dark, in his iconic suit.