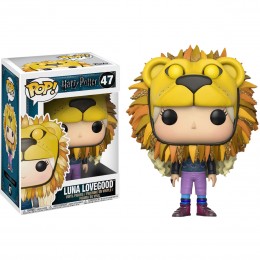 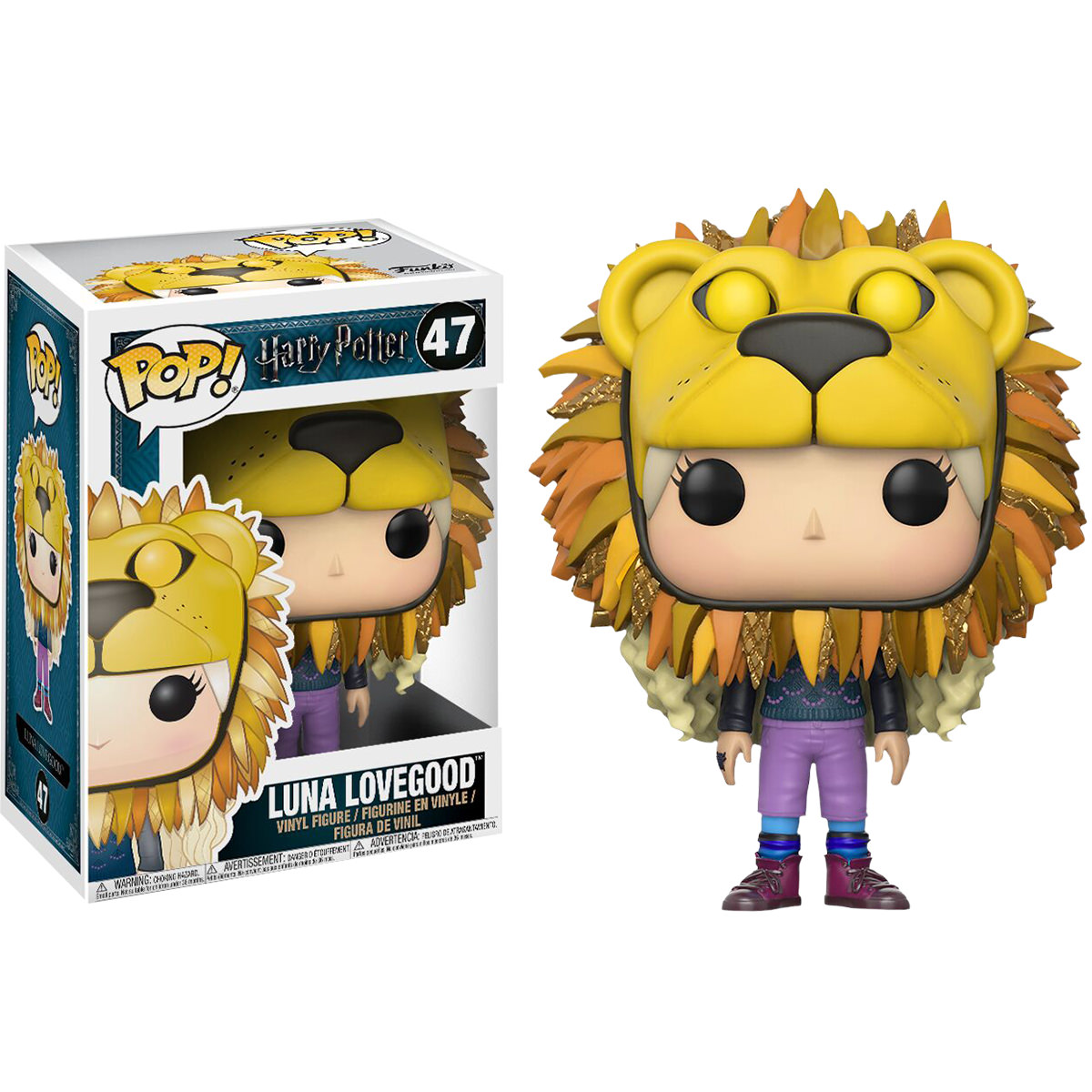 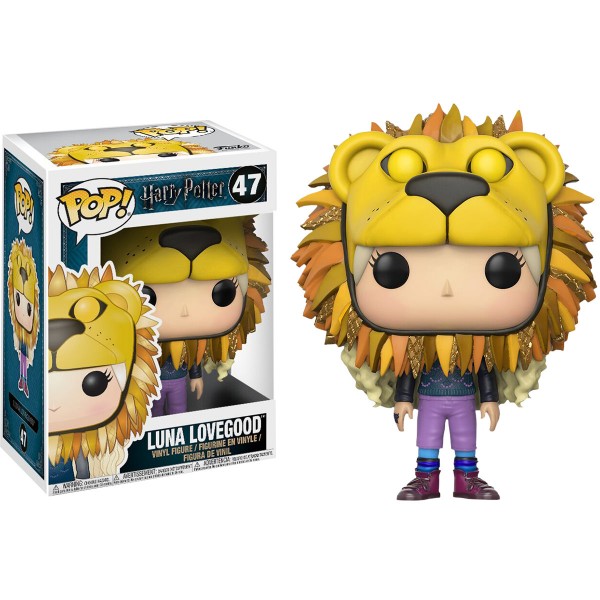 Here we have Luna Lovegood wearing her lion hat, which she wore to show her support for the Gryffindor Quidditch team whenever they played against the Slytherin Quidditch team. When she tapped the hat with her wand, it let out an extremely realistic roar.