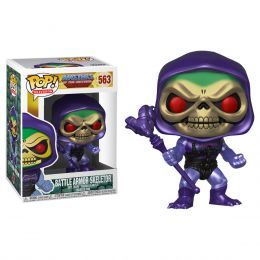 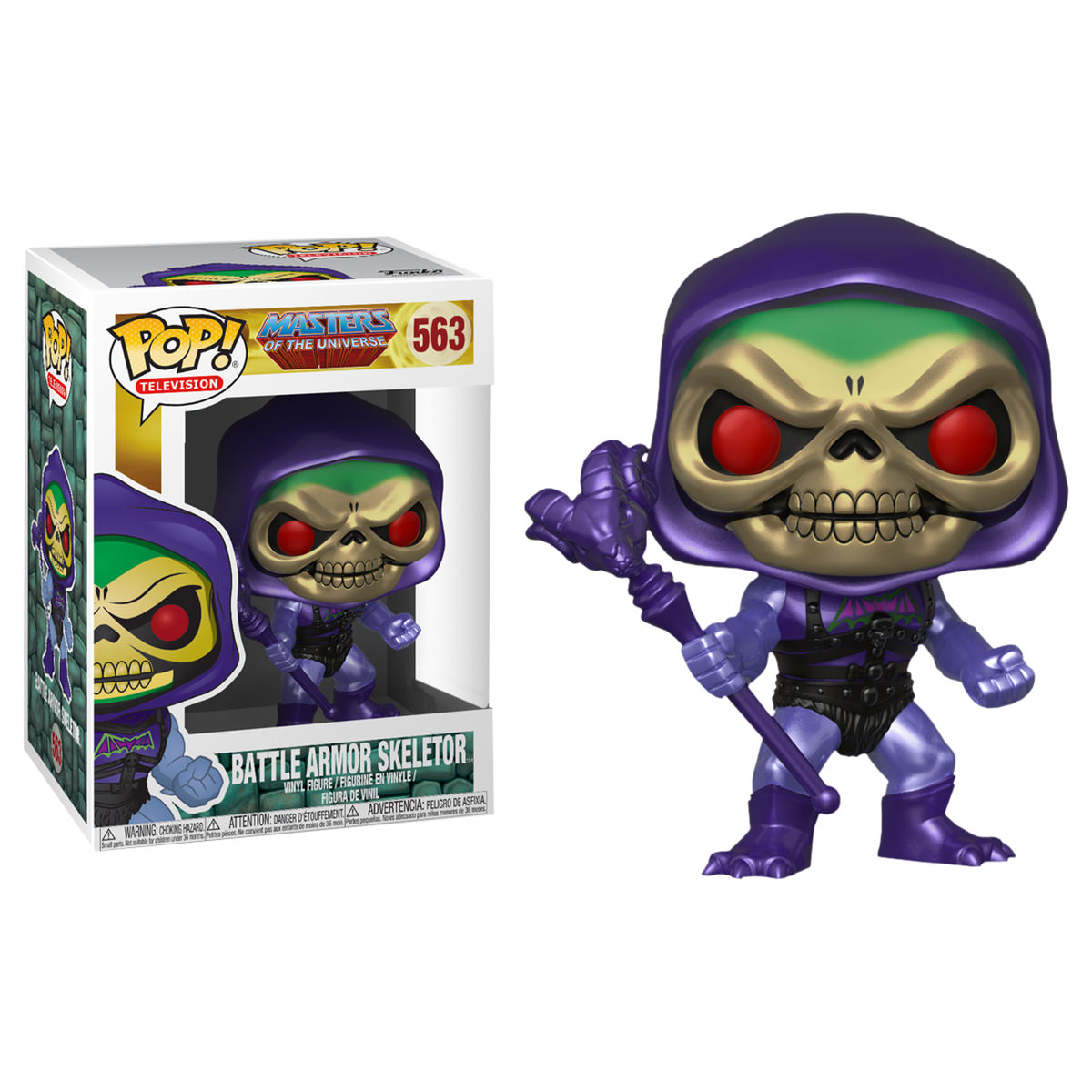 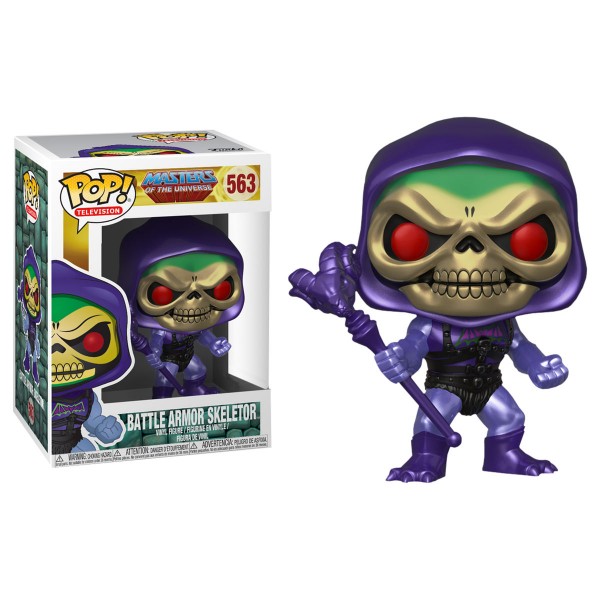 Masters of the Universe was a successful line of action figures, released in the 80s that spawned a television series, film and more.

This EXCLUSIVE Pop! features Skeletor, the most evil being and most dangerous threat on Eternia. His only goal is power, and to that end he will not rest until he possesses the secrets of Castle Grayskull, whereby he could become master of the universe. He's here in his Battle Armour with a stunning Metallic finish.

Stock is strictly limited, so order now to avoid disappointment!