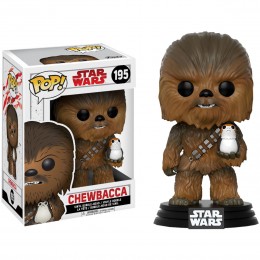 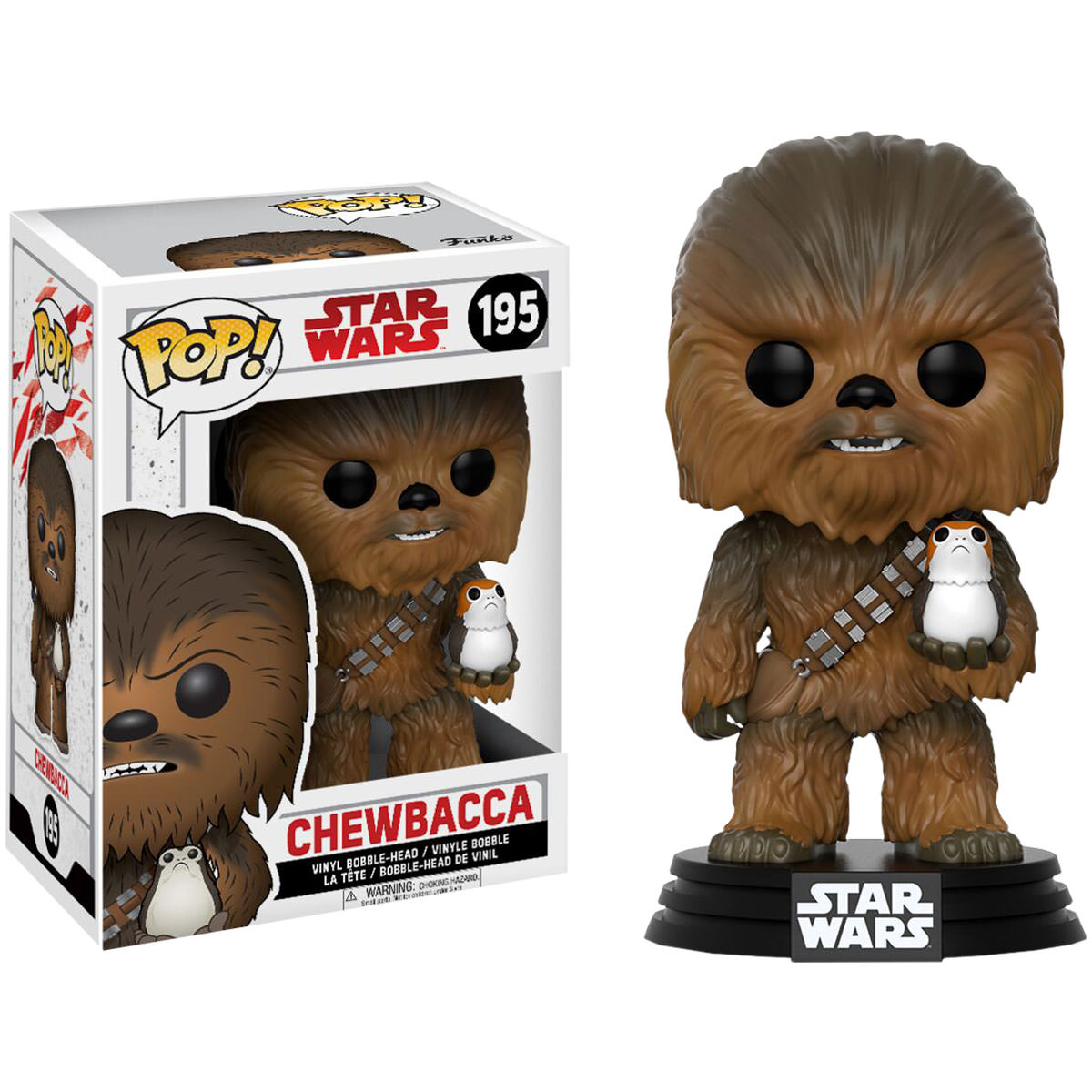 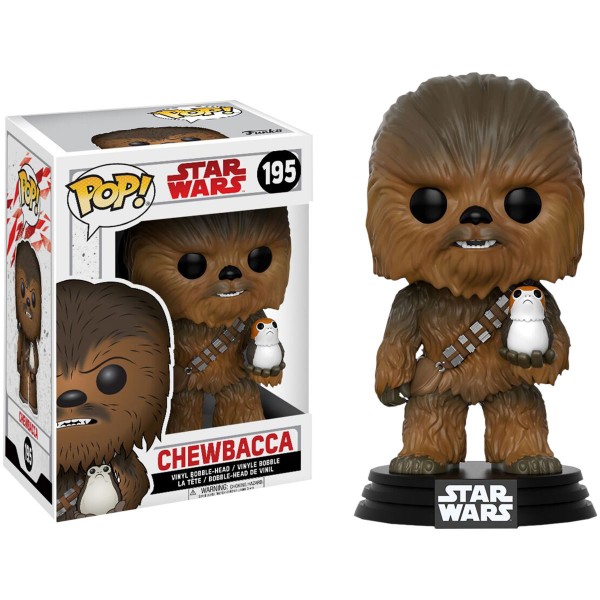 This Pop! features Chewbacca holding the newest character in the franchise, the adorable Porg!