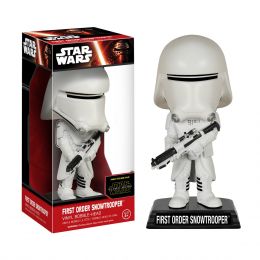 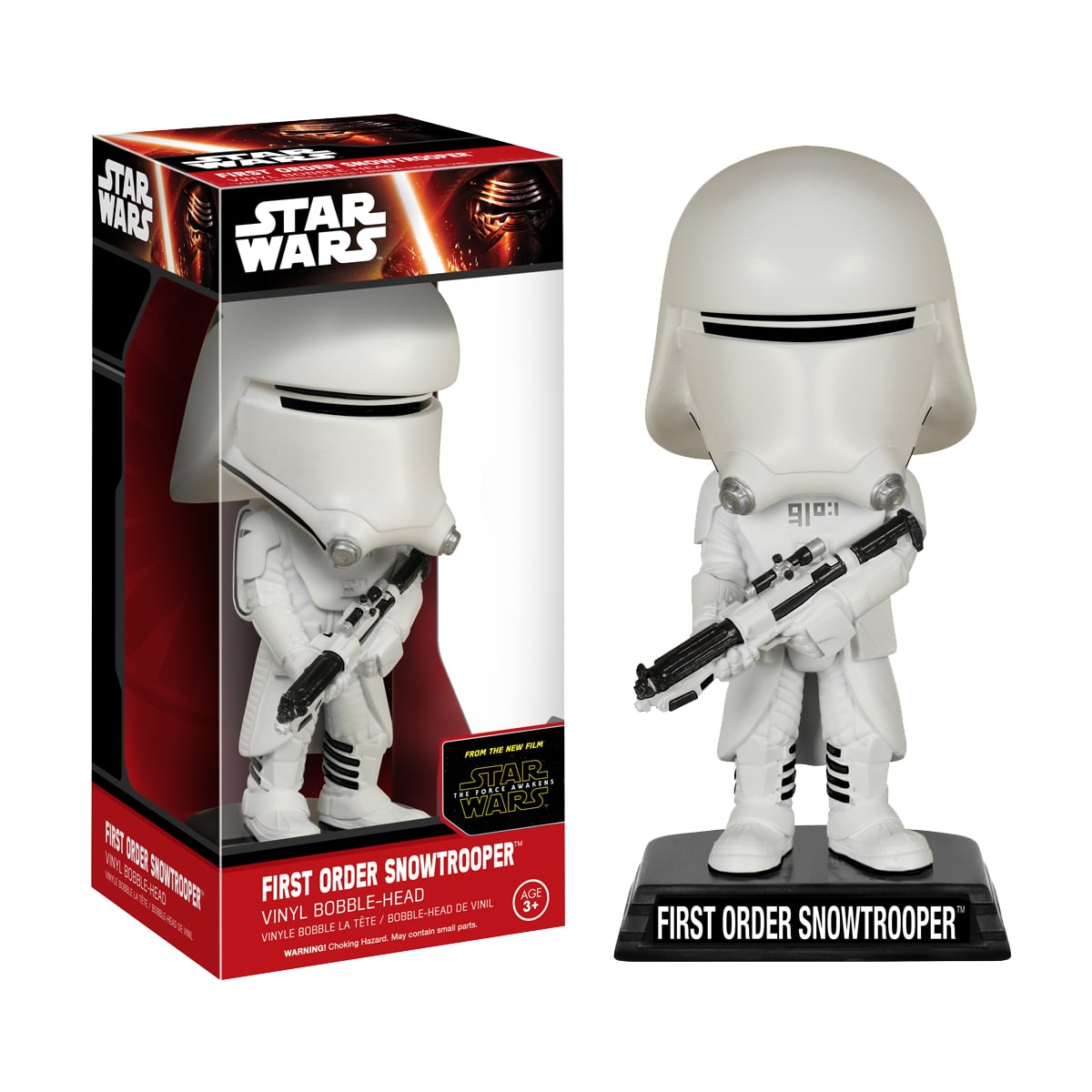 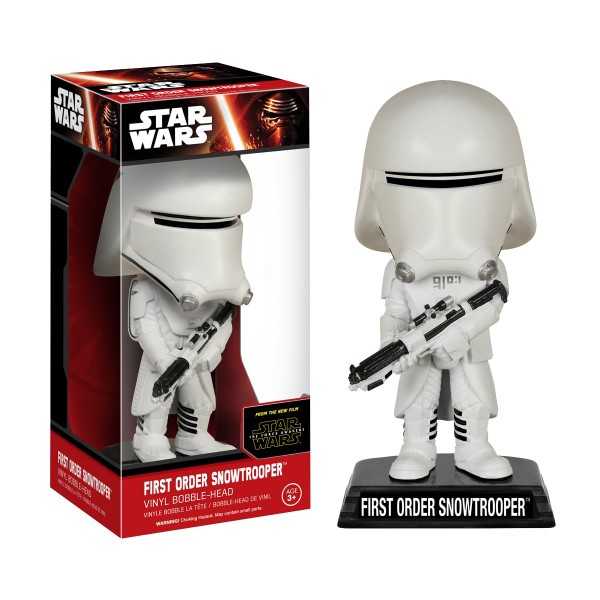 Thirty years after the Battle of Endor, the Empire has morphed into a junta known as The First Order, while X-Wing pilots now fly for a splinter group known as the Resistance. New heroes awaken to set order in the force, and many old faces return to guide their way.

Start your Force Awakens collection today with this new First Order Snowtrooper Wacky Wobbler, and may the force be with you, young padawan!