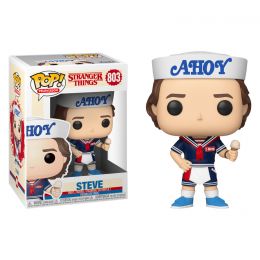 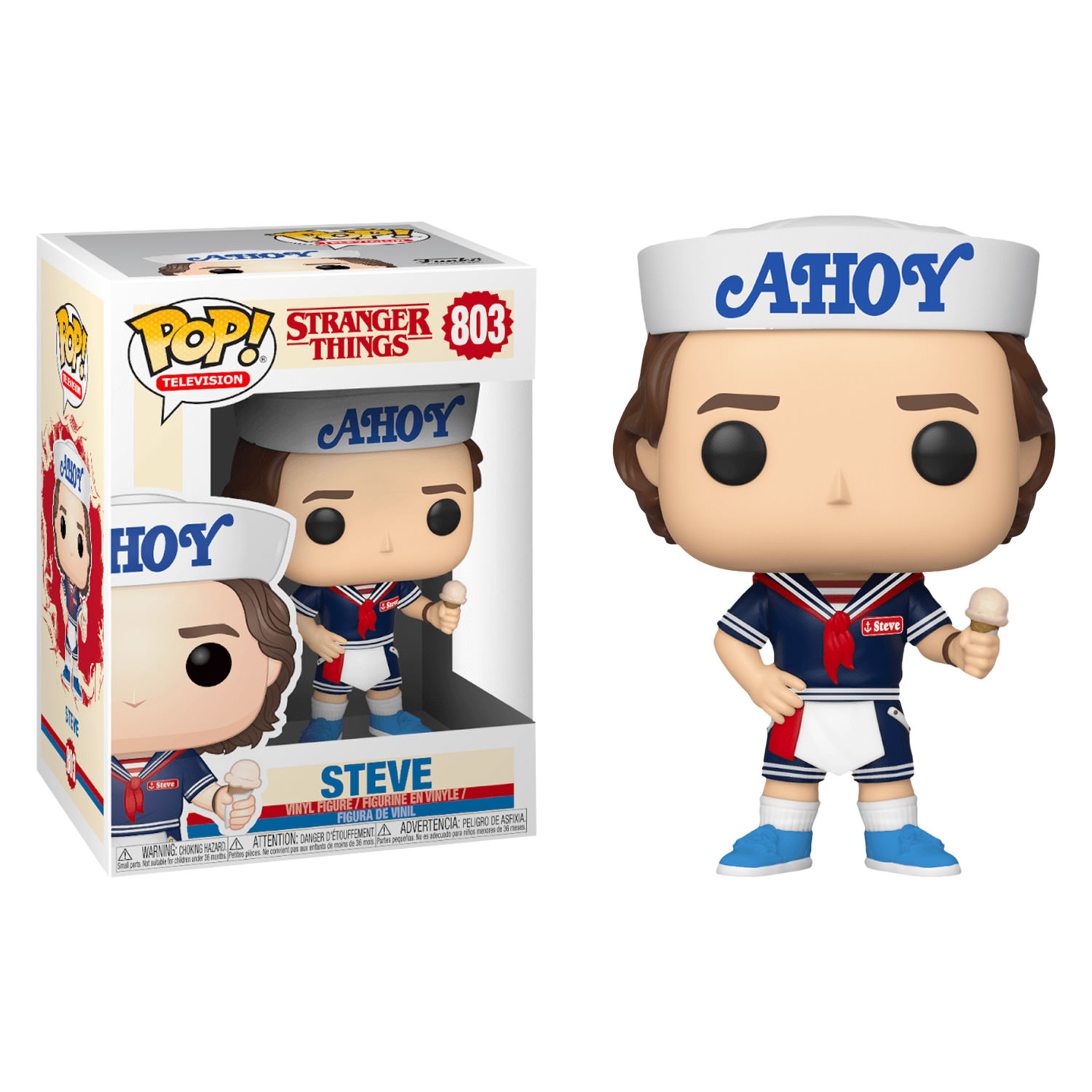 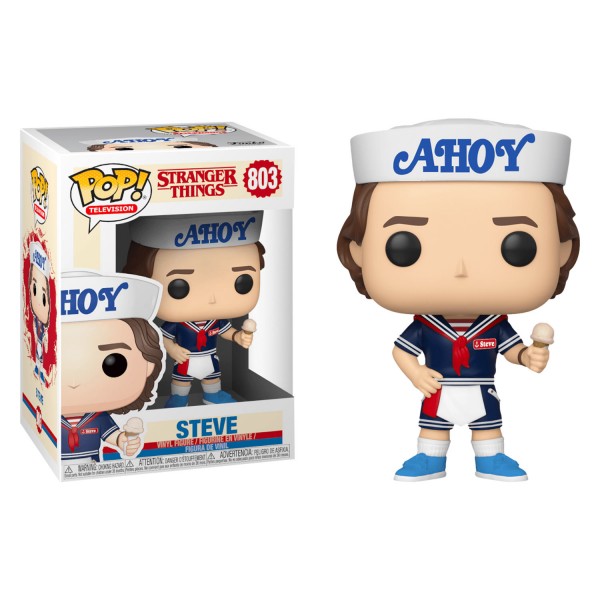 Here we have everyone’s new favourite character, Steve, wearing his Scoops Ahoy uniform and holding an ice cream. Steve has now taken up a job in the ice-cream parlour in the Starcourt Mall food court, imagine the shenanigans he and Dustin will get up to!