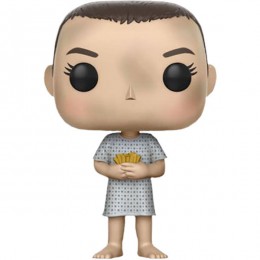 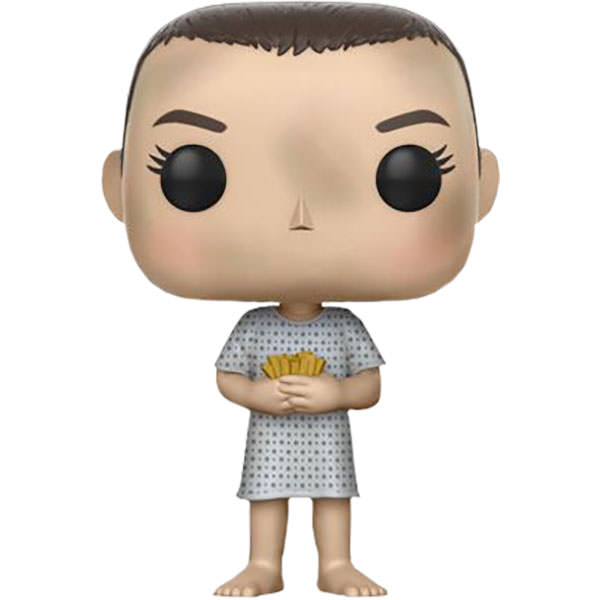 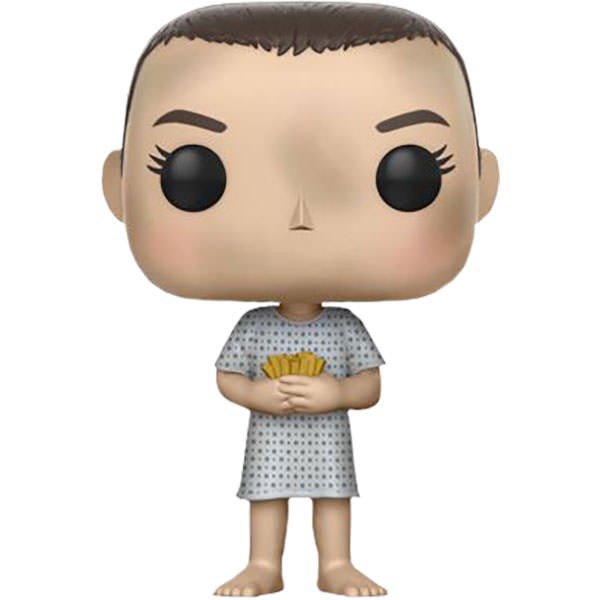 Last year in the town of Hawkins, Indiana, a 12-year-old boy vanished mysteriously causing his mother and friends to investigate, getting themselves in much deeper then they had thought when they begin to uncover a government conspiracy, meeting a psychokinetic girl who knew of the whereabouts of their missing friend.

Now the acclaimed Netflix series Stranger Things returns for a second season this October! Celebrate by getting yourself one of Funko’s new Stranger Things Pop! Vinyl Figures!

This Pop! Vinyl Figure features Eleven, the young girl with psychokinetic abilities who becomes friends with the boys in search of their friend. She is featured in her hospital gown holding fries she stole from Benny’s Burgers.