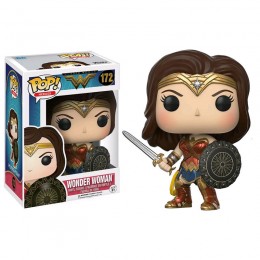 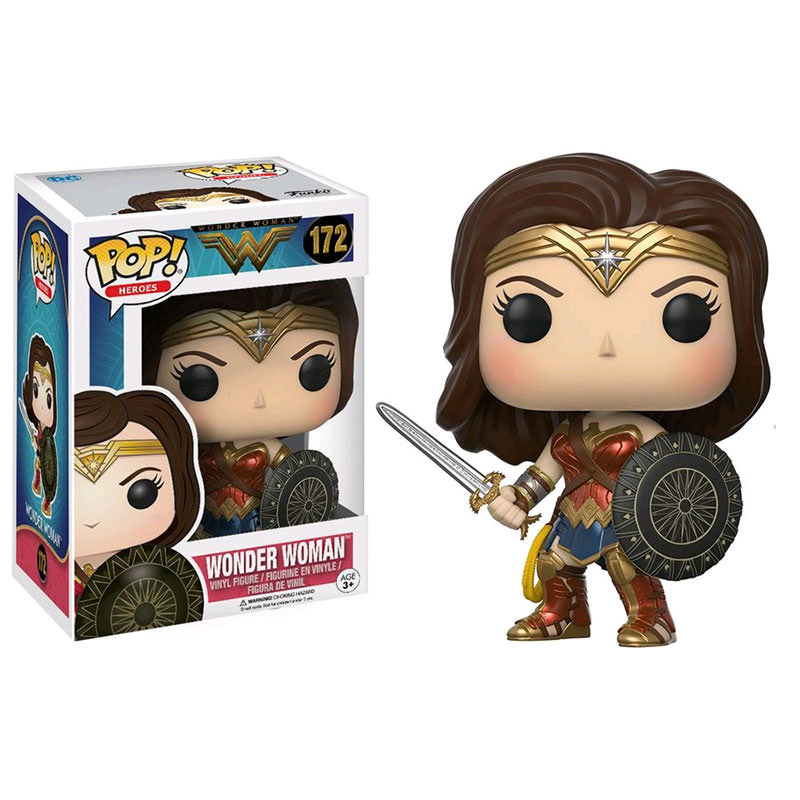 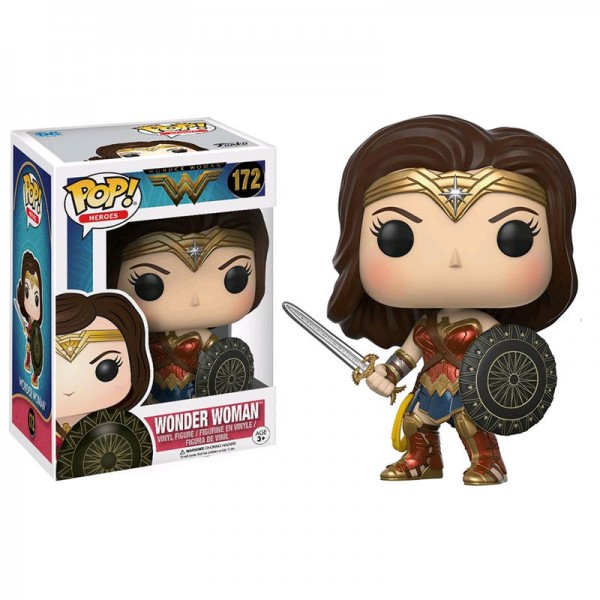 After American pilot Steve Trevor washes ashore on the island of Themyscira, he tells Diana Prince that the world is at war, prompting the Amazon princess to leave home to bring an end to the war under the guise of Wonder Woman!

The immortal warrior Wonder Woman can now be a part of your Pop! collection, ready for action with her sword and shield in hand!