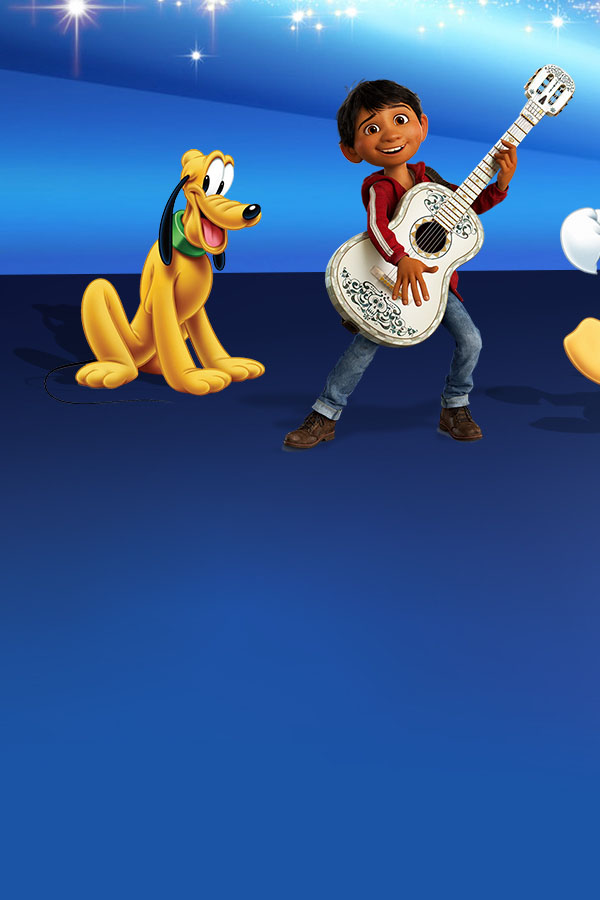 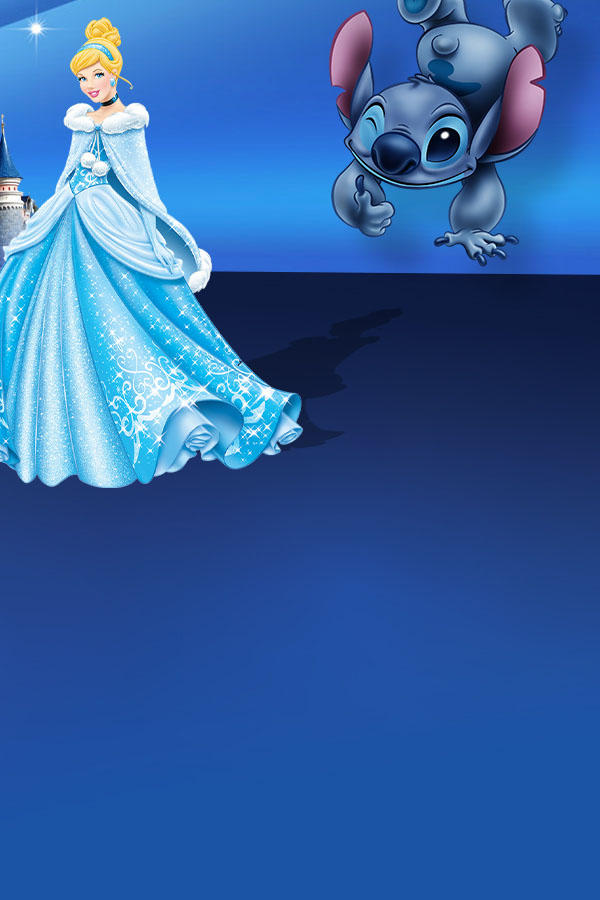 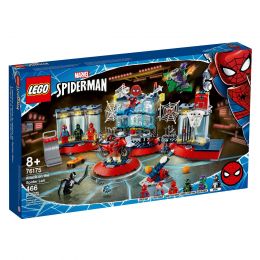 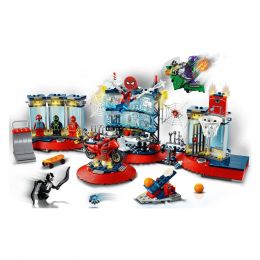 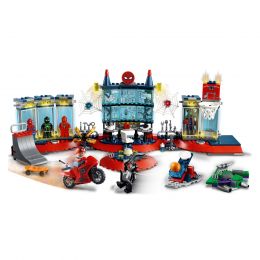 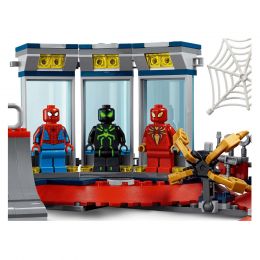 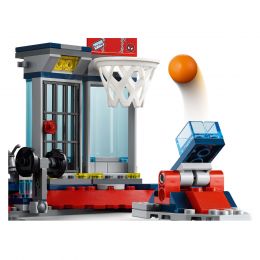 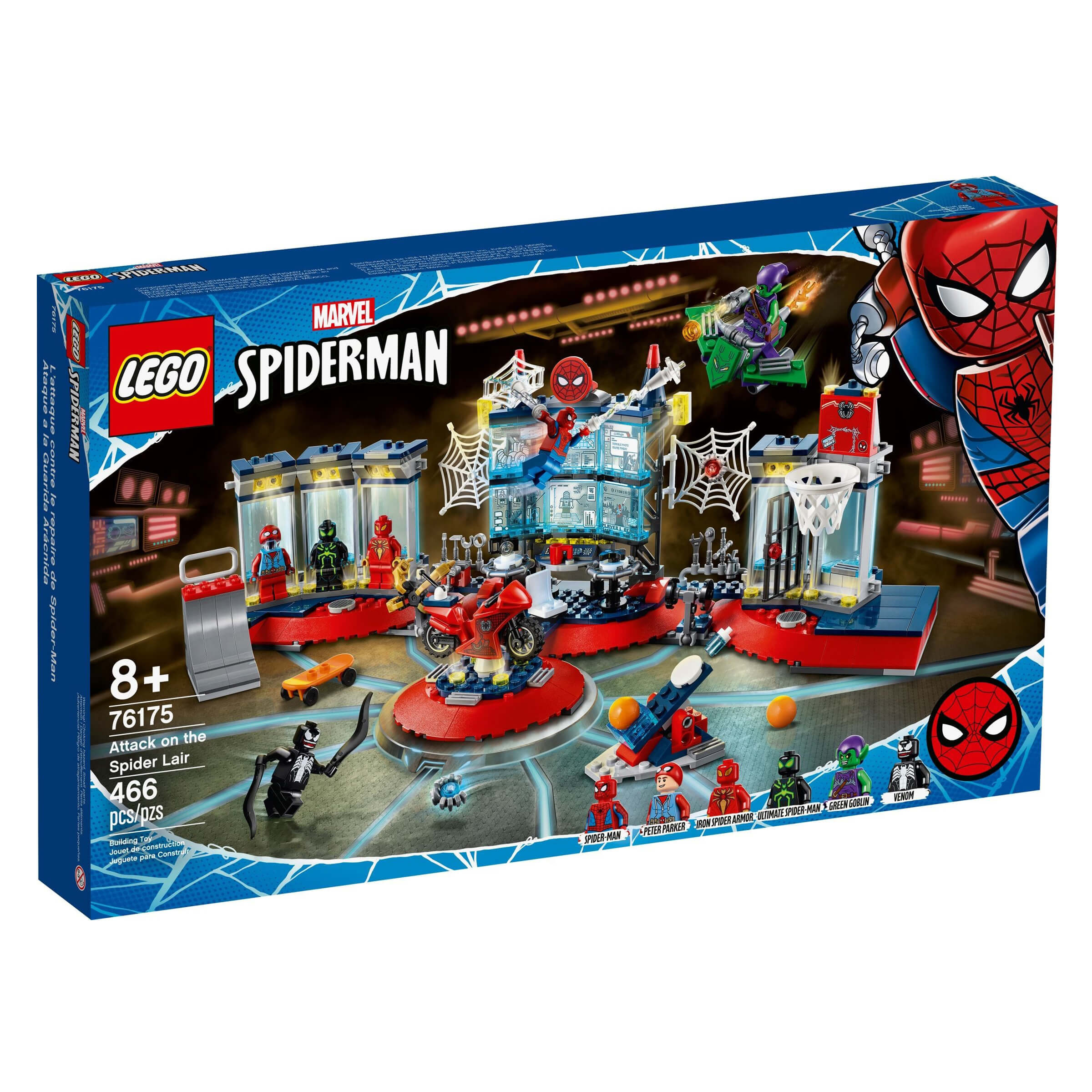 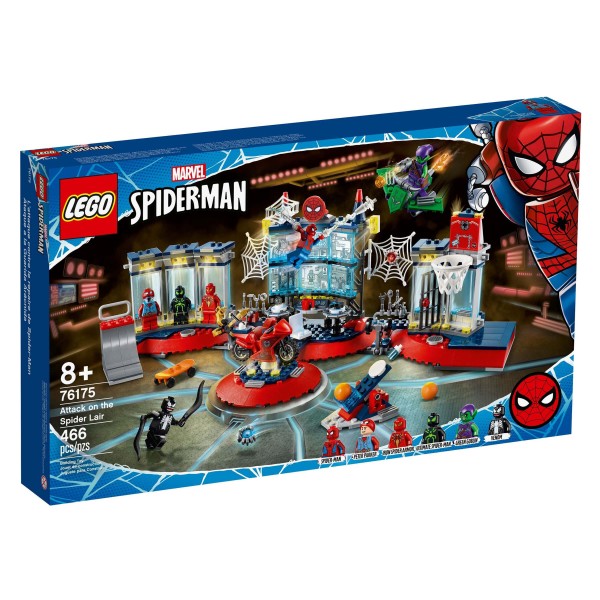 Even superheroes need to chill-out in their room sometimes. But only Spider-Man could have a room like this! With a computer, PlayStation, basketball hoop with ball shooter, skateboard with ramp, and a drinks area, it's the ultimate teenage den. But it's much more than that. It’s also the ultimate superhero headquarters, with Peter Parker's camera, training equipment, motorbike, Iron Spider Suit, weapons and even its own jail - all of which come in very handy when the evil super villains Green Goblin and Venom force their way inside.