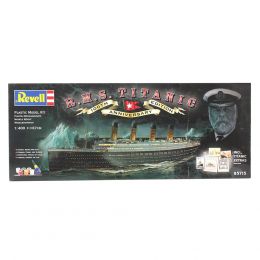 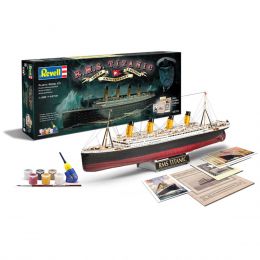 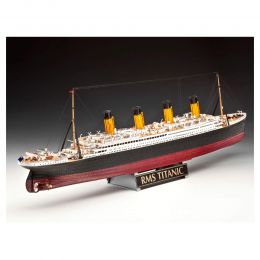 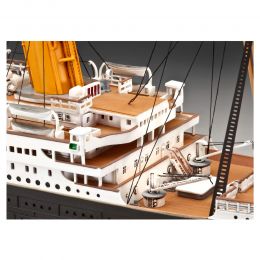 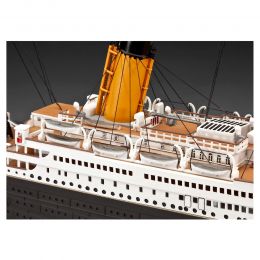 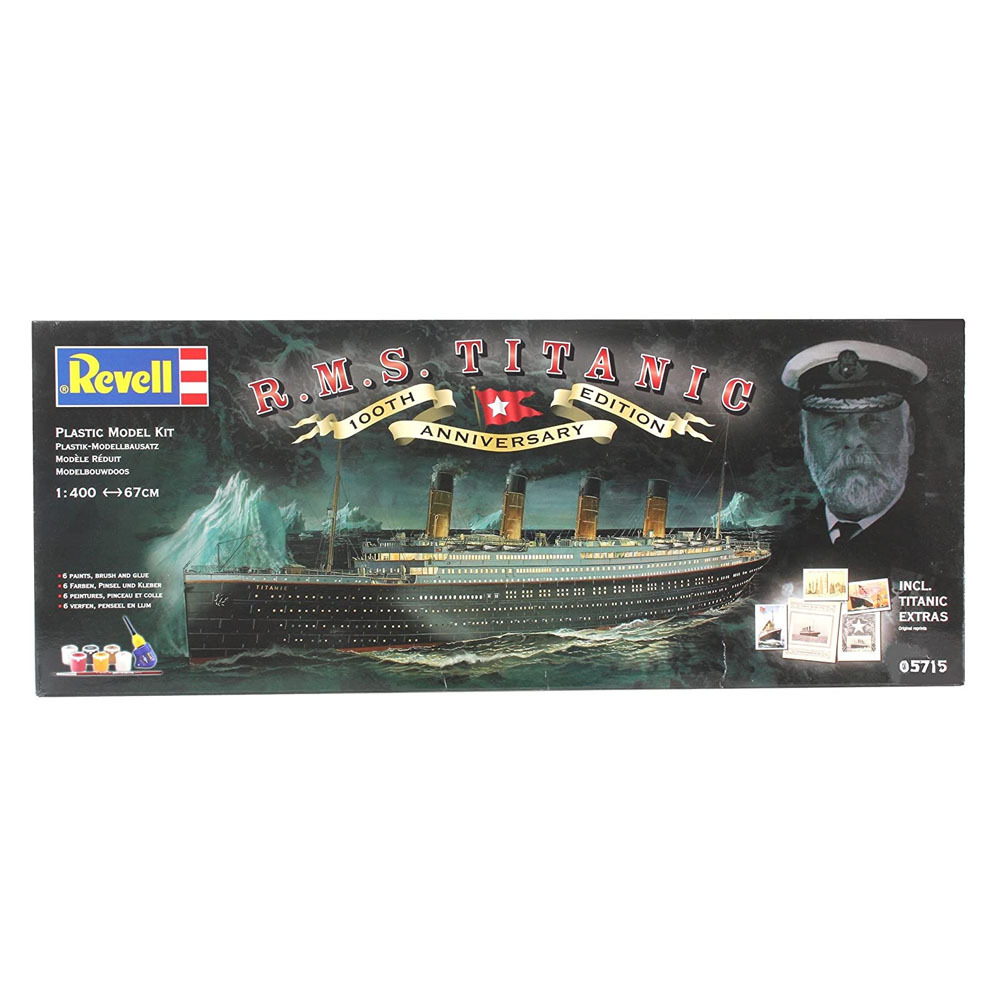 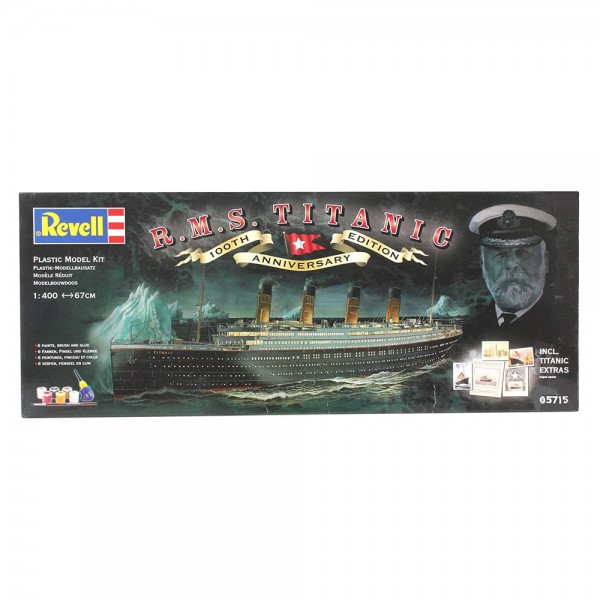 This gift set comes in an informative special pack for the Titanic Centenary. In addition to the plastic model kit to scale 1:400, this exclusive set includes 6 basic colours, a brush and adhesive. Special inserts are enclosed showing original reproductions of historical documents. These are: 3 postcards, a first class menu, a 28-page publicity brochure for the White Star Line.

The keel of the Titanic was laid on 31st March 1909, about fifteen weeks after that of her sister ship the Olympic. Both liners were built simultaneously and fitted out to the highest levels of elegance and luxury for the period. It was intended that they would both sail in the White Star Line's prestigious transatlantic service. Two years later, on 31st May 1911 at the Harland & Wolff shipyard in Northern Ireland, the completed Olympic was handed over to their new owners and Titanic was launched at about 15 minutes afternoon that same day. With a length of 269,04 m, a beam of 28,19 m and a gross registered tonnage of 46,329 GRT, she was bigger than any ship built before and by 1912 was recognised as the largest ship in the world. Initially Captain Edward John Smith took command of the Olympic but later joined Titanic for her maiden voyage which began on Wednesday 10th April 1912 when she set out from Southampton. Ominously, as she was manoeuvring out to sea she only just missed the New York that was moored in the harbour. Titanic next called at Cherbourg (France) and then Queenstown (Ireland) before making her way to New York (USA). The crossing proceeded without incident until Sunday 14th April when, at about 23.40 hours (ship's time), the look-out bell rang out iceberg warnings. The ship brushed an iceberg on her starboard side and sank two hours and forty minutes after the collision in the icy waters of the Atlantic. Only 712 people survived the catastrophe and Captain Smith went down with his ship.